← Trouble Getting Your Florida AOB Paid? A Fleeting Pause on Atlantic Hurricane Season →

Sunny day flooding on the rise in St. Petersburg 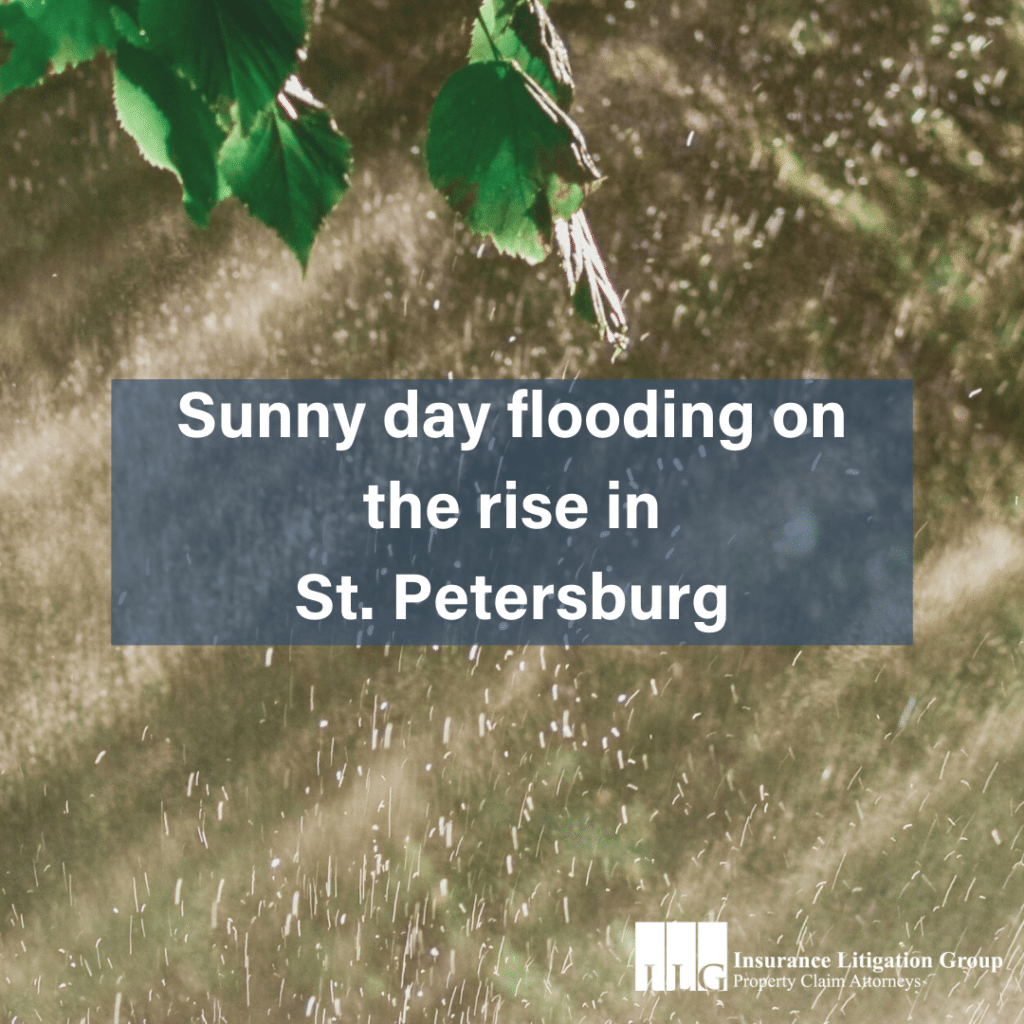 According to the Tampa Bay Times, based on the current trends, sunny day flooding seems to be on the rise in St. Petersburg. Officials are only now taking note, as conditions seem to be worsening, but according to University of South Florida College of Marine Science Associate Dean Gary Mitchum, “this has been going on forever”. He says, “Now the high tide increase every decade or two is superimposed on sea level rise, and the combination of the two is giving us vastly increased events.”

Essentially, harsh weather patterns and shifting tides are causing water levels to rise, resulting in sunny day flooding. This is projected to worsen over time, and according to researchers, the current flood day count of about 6 per year could increase to 67 days per year by 2033. This type of flooding is more of an irritant than a source of real danger, however this much flooding this often could damage infrastructure over time and decrease quality of life for residents. The saltwater can become corrosive to city infrastructure and cars have to reroute on their morning commutes.

Local planners are going to have to get creative to protect their city from corrosive salt water flooding in the coming years. They are currently working to block city stormwater systems from flooding during the daily high tides. According to Mitchum the approximately 70 nuisance floods a year would happen close together during a certain peak season, rather than spread throughout the year. For the close future, residents have nothing to worry about as this trend is only expected to pick up in the coming years. However, now is the time for city planners to prepare to preserve their infrastructure from future damage.