← Element Apartments Allow Residents Back in After Flood Tropical Depression Fred Tracking Near Cuba, Southeastern Bahamas on a Potential Path Toward Florida →

NOAA predicts an even busier hurricane season than expected 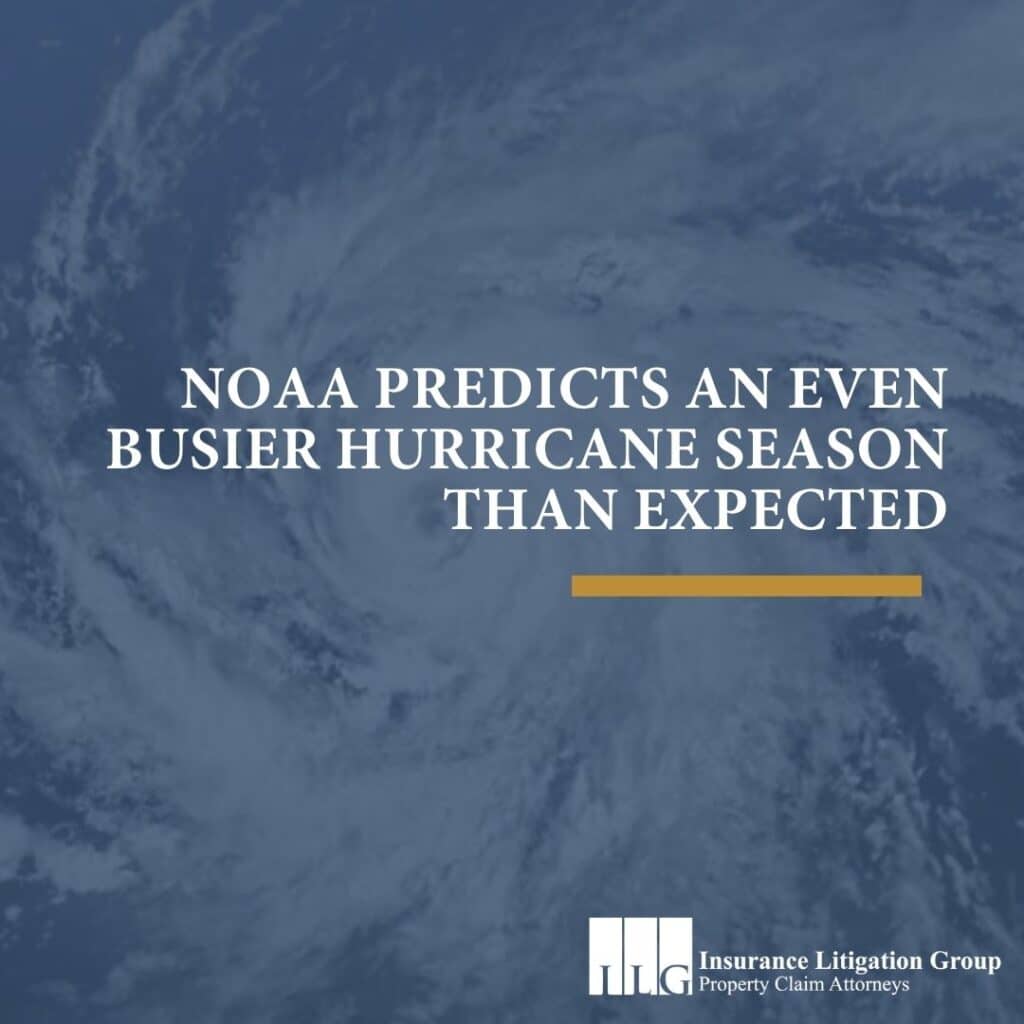 A pessimistic revision to this season’s Atlantic hurricane forecast was released Wednesday, just as the season ramps up to its period of peak activity.

The forecast from NOAA’s Climate Prediction Center predicts 7 to 10 hurricanes, up from the pre-season forecast of six to 10. The agency predicts a total of 15 to 21 named storms, which means those with winds speeds of at least 39 mph, up from its earlier prediction of 13 to 20. The number of expected major hurricanes, which means those with winds of at least 111 mph, held steady at three to five.

Although the increase over the previous prediction is not large, it means this is likely to be the sixth year in a row with an above-average number of storms.

“While the tropics have been relatively slow for the past few weeks, NOAA forecasters do anticipate a busy hurricane season remains ahead,” said Matthew Rosencrans, NOAA’s lead hurricane forecaster.

The agency cited several factors in calling for a busier season. Vertical wind-shear, the upper-level crosswinds that can prevent storm structures from forming, is lower than normal. The African monsoon, which allows wind patterns to more easily create storms off the continent’s west coast, is stronger. The agency said there’s an increased chance this year will see a La Niña, the cooling in part of the Pacific Ocean that can reduce wind shear over the Atlantic.

“A mix of competing oceanic and atmospheric conditions generally favor above-average activity for the remainder of the Atlantic hurricane season, including the potential return of La Niña in the months ahead,” Rosencrans said.

Are you prepared for hurricane season? Check out our Hurricane Preparedness 2021 Checklist here.

If you have experienced an insurance loss from a hurricane, tropical storm or other major weather event, don’t be surprised if the insurance company’s first reaction is to claim that your damage is due to some pre-existing condition or assert that your claim is not covered under the terms of your policy or even cancel your policy based on recently-discovered “errors” in your application.

But don’t worry, experienced and aggressive attorneys from ILG are on your side and will advocate on your behalf to see that you get the benefits you are entitled to. At ILG, we take the time to analyze and interpret your policy and understand the full measure of damages available to you. We work with construction experts, restoration professionals and others to determine the facts.