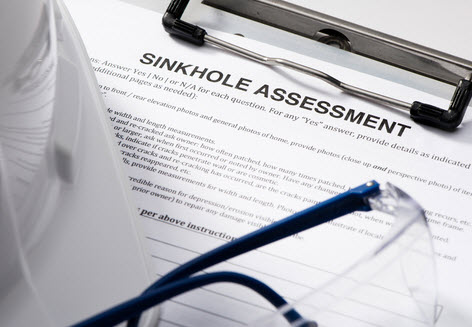 A couple living in Winter Springs recently filed a lawsuit against Liberty Mutual Fire Insurance Company in Seminole Circuit Court, alleging that the insurer didn’t comply with the terms of their residential insurance policy. The couple alleged that Liberty Mutual refused to fully reimburse them for property damage caused by a sinkhole.

Is the property damage caused by the sinkhole activity covered under their insurance policy? That depends on their policy terms and/or whether the activity constituted catastrophic ground cover collapse.

What Is the Difference Between a Catastrophic Ground Cover Collapse and a Sinkhole?

Under Florida law, a catastrophic ground cover collapse is “geological activity that results in all the following:

These are very technical — and often confusing — definitions, but it’s important to understand the distinction. If sinkhole activity weakens the ground beneath your home and causes structural damage, and you don’t have specific sinkhole coverage, your insurance policy won’t cover you unless the damage qualifies as catastrophic ground cover collapse.

Sinkholes are common in Florida and extremely dangerous. For example, a large sinkhole recently collapsed near Mulberry and leaked radioactive water into Florida’s aquifer. The sinkhole collapsed directly below a wastewater storage pool used by a producer of phosphate fertilizer.

In 2013, a 37-year-old man disappeared into a sinkhole that opened up below his bedroom in Seffner, near Tampa. His brother heard him scream and ran in to discover that everything was gone — the bed, the dresser, the TV and the man, whose body was never recovered. The hole expanded outward and swallowed other parts of the house. The same sinkhole reopened two years later.

At Insurance Litigation Group, we take the time to analyze and interpret your policy and understand the full measure of damages available to you. In the event of a total loss, you are entitled to the full value of your policy under Florida’s valued policy law. Insurance companies may fight against a declaration of total loss and argue that you are able to rebuild. We work with construction experts, restoration professionals and others to determine the facts and argue for total loss payments in appropriate cases. In anything less than a total loss, you may be entitled to a wide range of benefits including for example:

The Insurance Litigation Group will walk you through the terms of your insurance policy and the claims process. Contact us today for a free consultation if your property has been damaged by sinkhole activity or a catastrophic ground cover collapse.